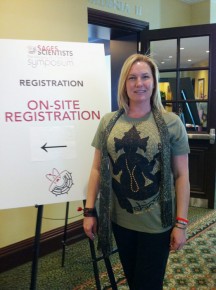 It has been an exciting start to 2011 for Mantralogy! Recently our Mantralogy lifestyle clothing Ganesh Ahimsa T-Shirt was selected by the Chopra Foundation as the uniform for their 80+ staff as well as gifts for the featured speakers / entertainers at their annual ‘Sages and Scientists‘ conference at the La Costa Resort in Carlsbad, CA.

‘Sages and Scientists’ is an amazing event which seeks to merge spirituality and science, two areas which previously have had trouble coexisting. Every year Deepak Chopra brings together both top sages and scientists from around the world to engage in a discussion to find common ground exploring topics such as consciousness, reincarnation, meditation, and science. Where does it all fit together? What is consciousness? Can science explain or begin to understand what happens in meditation?

It was an honor to be involved with the Chopra Foundation. They do amazing work all around the world. I don’t know if we will ever be able to fully understand spirituality in scientific terms, but the ‘Sages and Scientists’ conference is a step in the right direction.

So much of life depends on faith, and not knowing. To me spirituality is a feeling. A light that once lit, cultivates, grows and never burns out. Global and universal consciousness is expanding all around us. Seeking to explain a spiritual experience is a tough task. But it’s a beautiful thing to bring great minds together to begin the process.

As Russell Simmons put it (paraphrasing from my memory): “Science seeks to explain what we already know in our hearts… the science of Yoga.” Among the celebrity moderators were Deepak Chopra, Peter Guber, and Russell Simmons. 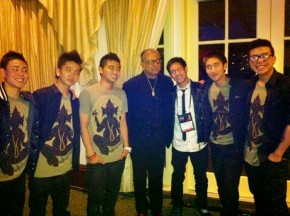 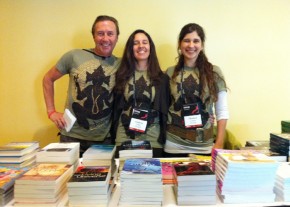 Our Mantralogy ‘Ganesh’ t-shirts were a great addition to the event. Everywhere you looked around the conference, you could see Ganesh on the t-shirt of staff and entertainers. As ‘the remover of obstacles’, Ganesh held the space setting the tone for a smooth and uplifting conference from start to finish. The response to the t-shirts was overwhelming as people attending the conference eagerly wanted to purchase shirts as a souvenir of the conference.

We look forward to doing more great work in the near future with Deepak Chopra and the Chopra Foundation to spread love and raise consciousness.

The Ganesh Shirt can be found in our store.