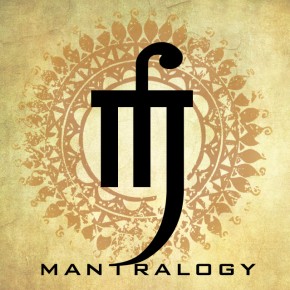 IMPRINT RECORD LABEL TEAMS UP WITH WHOLE FOODS TO BRING A PIECE OF OM TO AUSTIN, TX

Mantralogy will bring fresh vibes to SXSX 2011, with their youthful brand of Mantra Music and clothing. The imprint label, of legendary rock label Equal Vision Records, promises to bring something new, something different – and something peaceful to the festival. Mantralogy will focus on their ultimate goal of uplifting and positively transforming the foundation of people’s hearts through music, lifestyle products, and events that support the growing culture of Mantra Music.

For their debut SXSW appearance, Mantralogy has teamed up with Whole Foods Market and local yoga studio, Black Swan, to host a string of showcases and events. “We intend to offer a peaceful breather during the non-stop rock marathon,” states Mantralogy and Equal Vision Records’ owner, Steve Reddy. “We want to create a place at SXSW for music industry people to share their love of music and yoga.”

Whole Foods Market representative Richard Gabaree adds, “The wondrous sights, sounds, smells and activity in the store make each trip to Whole Foods Market Lamar a tour of discovery. We are so excited to add Mantralogy to our list of events during SXSW and look forward to their contribution to our guests’ experience.”

The Mayapuris, kirtan’s youthful breakout band, have been touring non-stop behind their debut album Mridanga touching six continents including stops at Wanderlust (alongside Moby), The Bhakti Fest, Princeton University and Jivamukti NYC. SRI Kirtan bring a fresh sound to the Mantra Music scene combining a variety of western instruments and styles with traditional chants and melodies. Their second album, Live Your Love, recently debuted at No. 10 on the Billboard World Music Chart.

Mantralogy combines an edgy, punk rock attitude and underground DIY ethos with the ancient uplifting philosophies and culture of spirituality, yoga, conscious living and Mantra Music. Mantra Music, or Kirtan, is an ancient form of music heard in yoga classes around the world.